In this post, you will learn Kundali Reading for Marriage with Indian Astrology rules. Marriage is an important stage in our life. Decisions should take in this regard need to be very careful because a wrong decision about marriage affects not only the husband and wife but also the lives of all people connected to them.

In ancient times, the decision of marriage was made by elders of the household such as grandparents, parents and elderly people of the family. However, in the modern era, the decision of marriage is taken only by the parents or in many cases, the boy and the girl themselves. This decision is often mistaken due to inexperience. Results like marriage breakdown, quarrel, divorce, suicide keep coming. People give importance to financial status, job, dowry or beauty for marriage but do not follow the rules of astrology.

If you are going to get married or if your children are of marriageable age, then I advise you to follow the following rules of astrology. You will never have to regret it, but your life will fill with happiness.

According to astrology, Manglik Native should be married to Manglik Native. When Mars sits in the first, fourth, seventh, eighth and twelfth house of the horoscope, Manglik dosha comes into existence. The presence of Mars in these houses affects the married life badly. Therefore, if the boy and the girl are both Manglik, then the marriage should be done otherwise never ever should do the marriage if one is Manglik and the other is not Manglik.

Sun, Rahu and lord of the twelfth house of the horoscope: –

According to astrology, the lord planets of 12th house, Sun, Rahu are considered separatist planets. In the house of the horoscope in which they sit, they deprive the native of the auspicious results of that house. Marriage does not succeed if these three planets or two out of these three planets sit in the seventh house. I have experienced that divorce may happen or the couple may separate from each other without divorce. If they have a true love for each other, then for some other reason their union will not be possible. It has been seen many times that husband and wife live in different cities or different countries and it is not necessary that there is a dispute. The reason for this is the separatist planets, which deprive the native from the happiness of marriage.

According to astrology, Jupiter’s planet is the factor of marriage happiness in the horoscope of female natives. If Jupiter in the Kundali of a woman is situated in the ascendant, center or triangle then it eliminates all the defects and gives the woman all the happiness of marriage and also bestows the happiness of son. She gets all types of happiness from her marriage.

Similarly, Venus signifies happiness in the Kundali of male natives. When Venus in the horoscope of male native located in exalted sign, own sign or in the sign of friendly planet and is situated in the ascendant, center or triangle, it bestows the best happiness of marriage to the native. The native enjoys all type of happiness from marriage and household life

Horoscope Matching on the basis of Ashtakoot Method

After studying these four points, which I have mentioned above, to a great extent, we get the relevant information about the marital life of the boy and girl. If you are also going to get married then my advice is that don’t get married without the advice of a qualified and experienced astrologer.

I want to tell you that I have been working in the field of astrology for the last twenty-five years. We prepare a detailed marriage report and prediction when the marriage should take place. If there is a problem arising due to the planets, then we also suggest the remedy. You can contact us if you think appropriate. We will provide you a detailed marriage report by matching the horoscope. We will tell you what kind of marriage life you are going to experience. 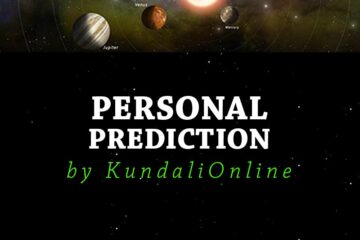 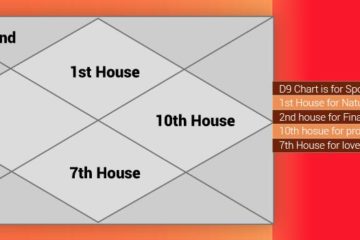 How details of Future Spouse is predicted in Astrology?

There are twelve houses in the horoscope, there are twelve zodiac signs and nine planets. Based on their position in the sky, we make any kind of prediction.  Each planet, every zodiac, each house represents Read more…